When you hear that phrase, what do you think of?

Tree huggers and hippies? Charlie Chaplin and the Kid? 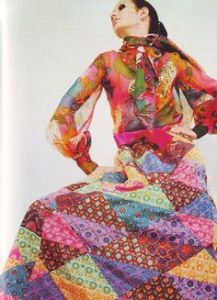 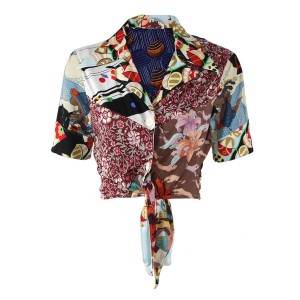 Everything comes around and this year, patchwork is back! Albeit a little more refined perhaps and with a 2015 price tag. 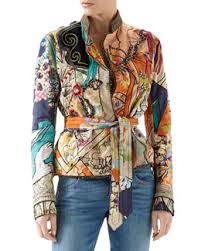 The late, great Koos van der Akker shared many of his design with us via Vogue but I have never been brave enough to try one. 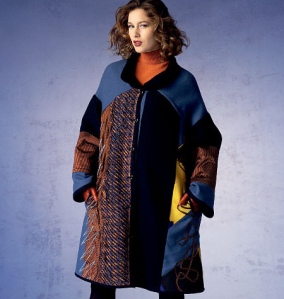 And catwalk trends this year are harking back to the 1970 vibe – which ultimately means patchwork and colour. 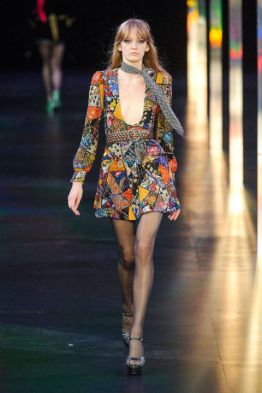 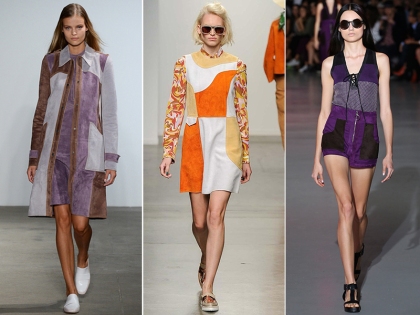 Now to my quilting class and my idea to sew a patchwork scarf. Scarf made, and a skirt, and a bag!

I believe this is called a French braid and the fabric selection is designed by Minnick & Simpson for Moda and called Lexington: the colours include whites, creams, tans, and blues.. Do you really want to know about strip sizes and patchwork techniques? Nah, we’ll just look at the pictures……. 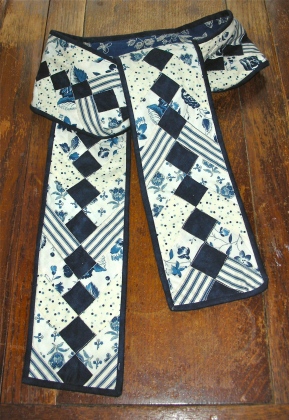 I bought an extra 1.5m of the large flower design and made the best skirt in the world – V1247, lengthened, as always. I used up every scrap of my fabric: the skirt has a patchwork inset around the hem. It is lined with a heavy muslin and the patchwork bit is lightly quilted to it.

And with all the bits left over, you sew these together and create another 1/2m of fabric and I got a matching bag – Japanese Knot, downloaded from here. 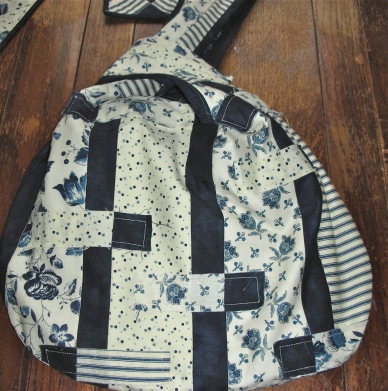 So far I’ve worn the skirt and scarf with a big tough Ziggi biker jacket and navy boots to make it seem a little less twee and because it is winter and cotton skirts in February are really not such a good idea. So while Lizzy is making winter clothes in summer, I’m making summer clothes in winter.

Now, I know this isn’t actually possible…..but…..I buy little bitty bits of fabric, sew them together and end up with more yardage than I started with!?

See, I knew those quilters had the dark forces on their side and now I have the proof.